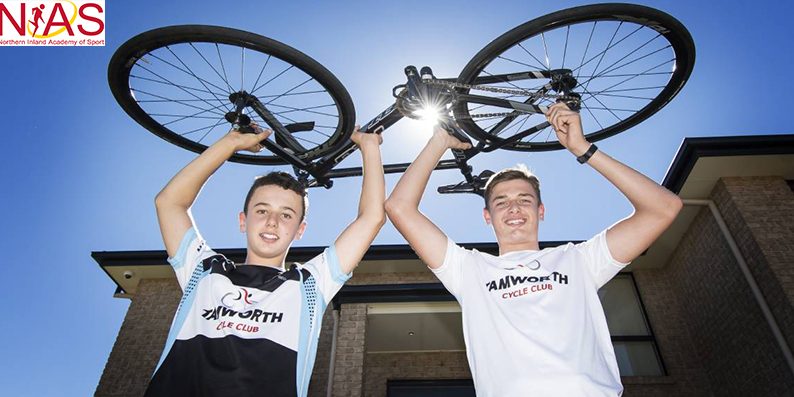 The sporting landscape of Australia is an ever-changing beast and with the world becoming so small thanks to technology and transport ease, we are seeing the “major codes” of Australian sport succumbing to far more niche sports. The rise of surfing, skateboarding, rock climbing and many more from hobbies to Olympic sports has created a challenge for the Regional Academies of Sport. How do we offer programs for one or two athletes, find coaches and trainers for their individual sports when they might be the only one in our region who wishes to compete in it?

Many Regional Academies offer a Lone Star style program for individual athletes and the Northern Inland Academy of Sport (NIAS) is no exception. NIAS offer financial support to the athletes and they complete a comprehensive life skills educational program supported by physiotherapists, psychologists, nutritionists, the University of New England presents to the athletes on drugs in sport, life after sport and opportunities within sport.

This year, two cyclists in the NIAS program were involved in the Western Region’s cycling camp, Emma McInnes, a triathlete from Inverell was able to train with Australian Olympian Brendan Sexton for 3-days. These are opportunities that without NIAS, the athletes would not have had access to and the results that come from the Lone Star program speak for themselves.

Emma said on returning from that weekend “I received coaching on open water swimming, draft legal bike riding, strengthening for running and drills to work on. I am sure the information I obtained from Brendon Sexton will be a great benefit to me down the track and I would like to give a big thank you to NIAS for arranging for me to attend.”

Jack Davis is a BMX athlete that has been with the program for several years, he has won 3 national titles, competed at several world titles (his best result was 4th) and competes well in the National Series whenever he can. The young competitor picked up weightlifting as a training exercise to make him more physical on the bike but has found success in that sport too. He broke the state U17 record for the snatch with a lift of 89kg and heads off to the National Weightlifting Championships in September.

Lachlan Bryce competes in a very niche but very Australian sport of woodchop. He’s only been competing for a year but has found incredible success. He recently competed at the Ekka where Lachlan secured 8 titles in the open events, he won the Junior Championships and took out the overall high point score as the most successful Axeman of the show. He’s preparing to represent Australia for the first time at the Adelaide Show where the Australians will take on New Zealand in an U21 challenge. Lachlan is the youngest Australian on record named to represent the country in woodchop.

Lachlan says without the financial support he wouldn’t be able to compete at this level “It’s difficult if you want to go full time because there is no money, as in with sponsorship but NIAS are helping me out with that. If you want to go overseas and compete, you’ve got to do it all yourself because it’s such a small sport.”

The “Gunnedah Services and Bowling Club” Lone Star program also allows an avenue for our athletes with a disability. Amelia Mazzei is one of Australia’s strongest T20 short distance runners coming through the ranks. This year she obtained the Open 400m qualifying time to compete on the Gold Coast at the Australian Championships and the Commonwealth Games qualifiers. At only aged 15, Milly was competing against athletes at least 10 years older than her. In the Open Para 400m, Milly came 7th in Australia.

Without the support of the Northern Inland Academy of Sport it would be a far greater challenge for these athletes to chase their dreams, improve in their sport and reach the level of competitiveness they have. It is great to see the Regional Academies building their focus outside of the mainstream sports and offering opportunities and support to athletes, no matter what their passion is.