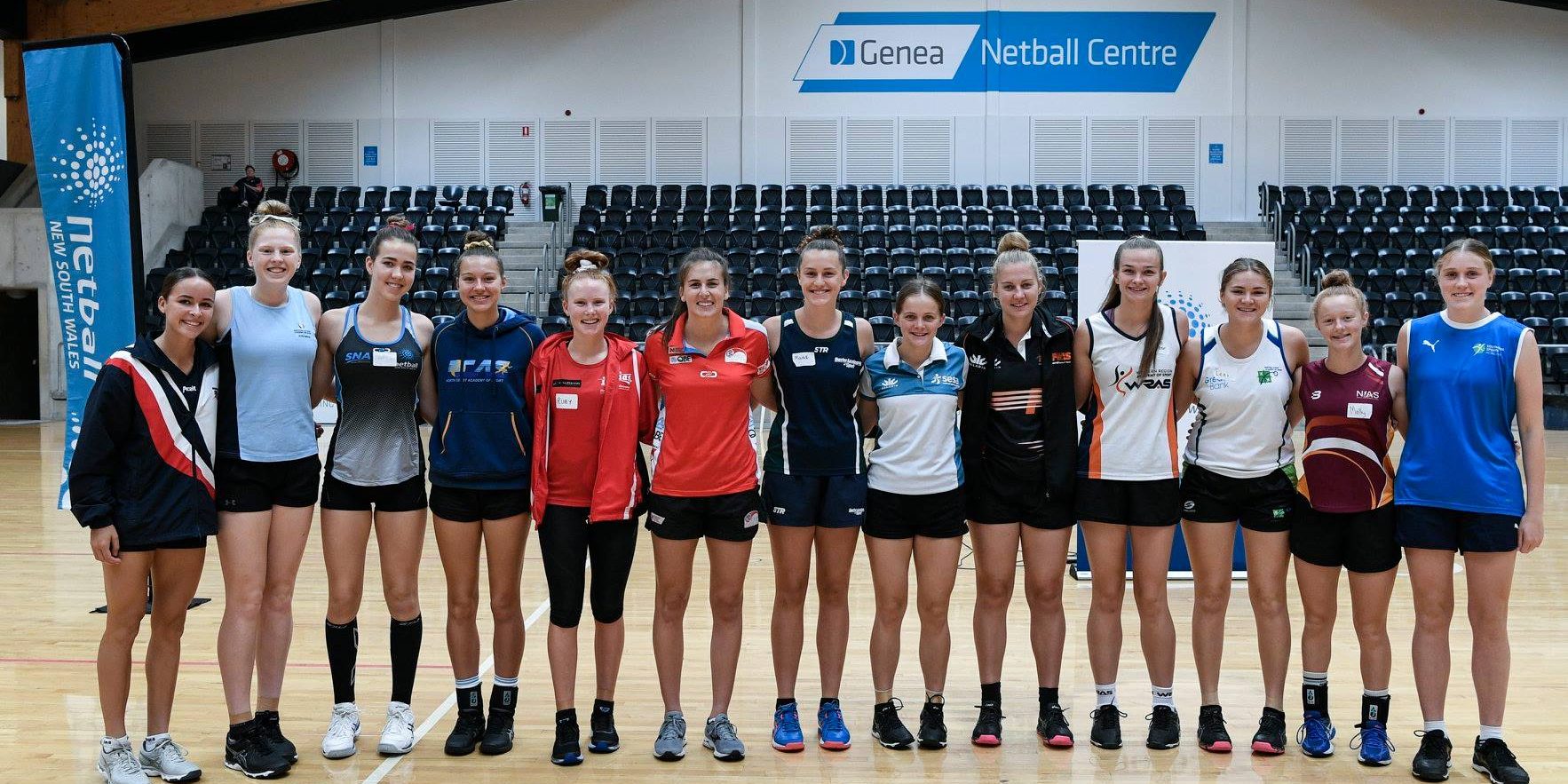 As part of planning for the future, 300 Netball NSW Pathway athletes and umpires years converged on Netball Central at the weekend to take part in the 2019 High Performance Camp.

The participants – aged from 14 to 16 years old – and their coaches in the Netball NSW Regional Academy of Sport Program and were aided by some of the best in the business over the course of the event.

As well as learning from world-class netball talent, former Olympic sprint coach John Quinn was on hand to share his wisdom, while Australian Sprint Legend Mel Gainsford Taylor inspired the athletes with her journey of going from a young Narromine athlete to a three-time Olympian.

Johan Ruys, from the NSW Swifts strength and conditioning team, was on hand to share some insights into what is required in this space at the elite level, while agility was covered by Ranell Hobson.

Specialist sessions with many of NSW’s most experienced coaches also took place, including ones with four high performance specialists – Jenny O’Keefe, Maria Lynch, Moira Gaha and Lenore Blades – while NSW Institue of Sport psychologist Dr Edel Langan covered the mental aspects of aspiring to be an elite athlete.

“A highlight of the rotations was a cooperative activity that challenged athletes to understand themselves a little more deeply and to work together as a team,” Margaret Hamley, State Pathways Unit Manager at Netball NSW, said.

“There were so many positive aspects of the 2019 Netball NSW High Performance Camp and all athletes, coaches and umpires left Sydney Olympic Park buzzing and inspired to strive for excellence in what they do.

“As well as all of the off-court preparation the athletes got to do what they love most – play netball. It very was rewarding to hear coaches note the development of athletes who had engaged and worked hard to bring about positive change over the course of the camp.”

Netball NSW Technical Officials Manager Chris Hall led the young umpires in a series of workshops. They also had the chance to put into practice what they had learnt with feedback being provided by Hall and the Academy umpire coaches. At the end of the weekend two National C badges awarded.

Netball NSW would like to thank all the players, coaches, officials, staff and supporters who made the 2019 High Performance Camp such a wonderful success.