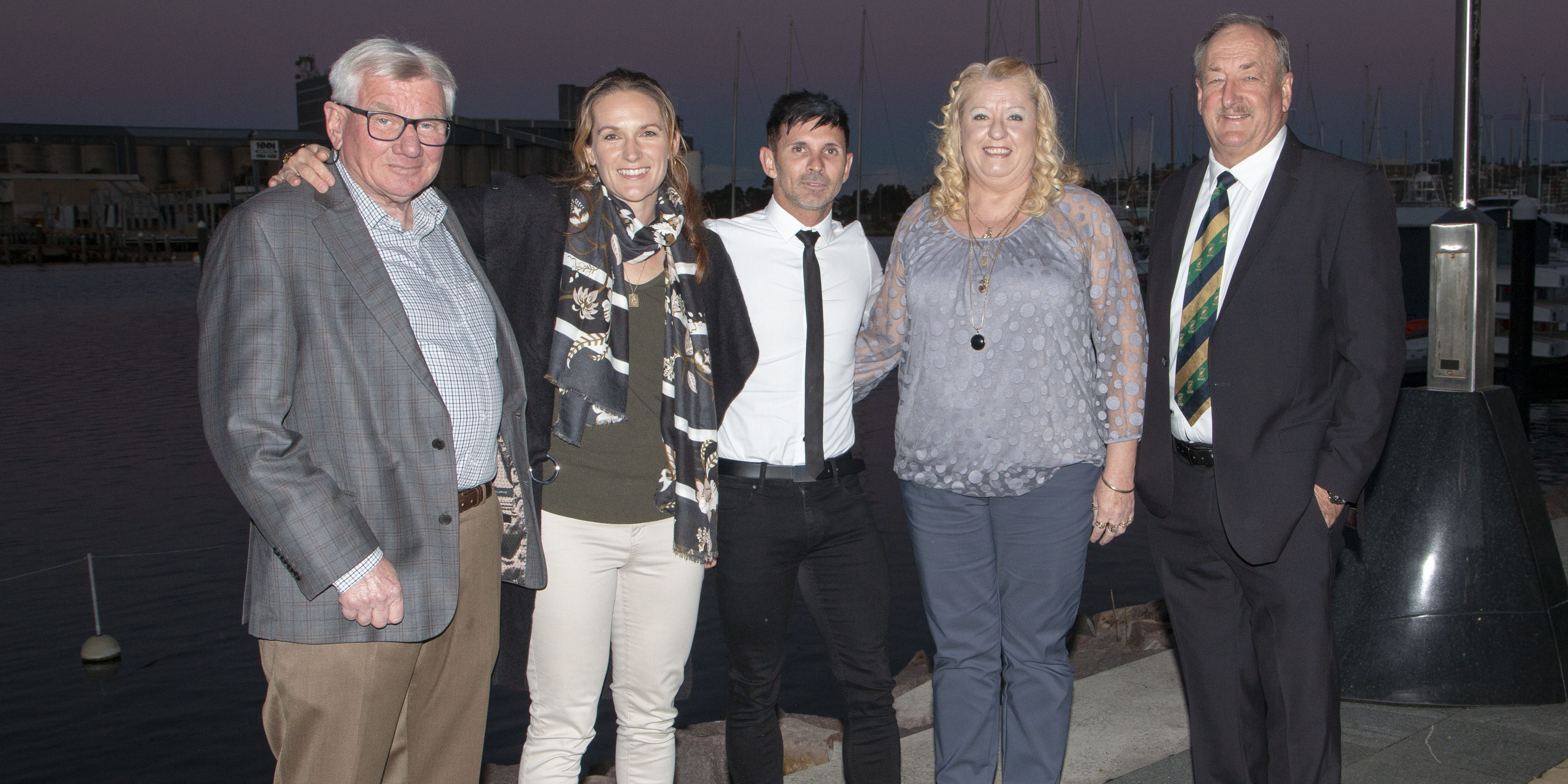 The Hunter Region Sporting Hall of Fame is made up of over 300 top athletes who have represented Australia or competed in an international tournament and were born and/or played in the Hunter region at the junior or senior level.

The Hall of Fame committee in 2019 made the unanimous decision to include Official’s in this year’s induction, where we saw Rugby Union Referee Alexander (Sandy) MacNeill join the prestigious list of sportsmen/women.

Each year, the Hunter Academy of Sport present the Paul Trisley Award for recognition for service in a sports administration role in memory of Paul Trisley, a well-respected sports lawyer and sporting administrator in the Newcastle Region.

The evening was celebrated with close to 70 guests in attendance at the Yacht Club, with Academy Board Member Ross Allen acting as Master of Ceremonies and fellow board member and treasurer of the Academy Andrew Delbridge welcoming the guests.