Academies To Tee Off In Inaugural North vs South Cup 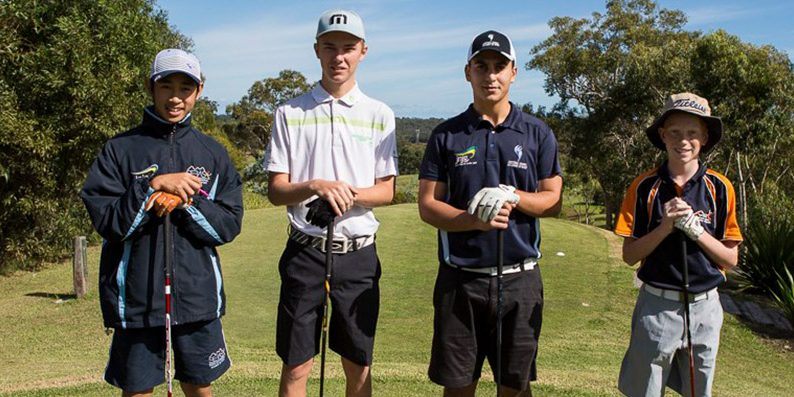 Jack Newton Junior Golf (JNJG), in partnership with the Regional Academies of Sport, was able to secure funding from the Office of Sport as a part of the Pathways Initiative Program to assist in the costs of delivering a joint pathways pilot project to be known as the North vs South Cup.

This tournament is based on a competition framework similar to the prestigious President’s Cup competition played twice a year between the USA and an International Team.

Athletes have been selected from a three-tiered collection of athlete data with selection criteria which consisted of the Academy Head Coach Eye Assessment Form, 18 hole scratch score and skill testing results.

This initiative will provide a high-quality team competition based on the format of the President’s Cup and an overall higher-level tournament opportunity for identified regional athletes to further enhance their competition experience.

This competition will also provide a talent identification vehicle and allow better opportunities for regional athletes to be identified for higher level development programs.

The teams will be coached by JNJG and PGA Professionals Mark Ingrey (North Team) and Luke Grinham (South Team). The event will take place at Riverside Oaks Golf Resort from 25 – 27 May 2018.