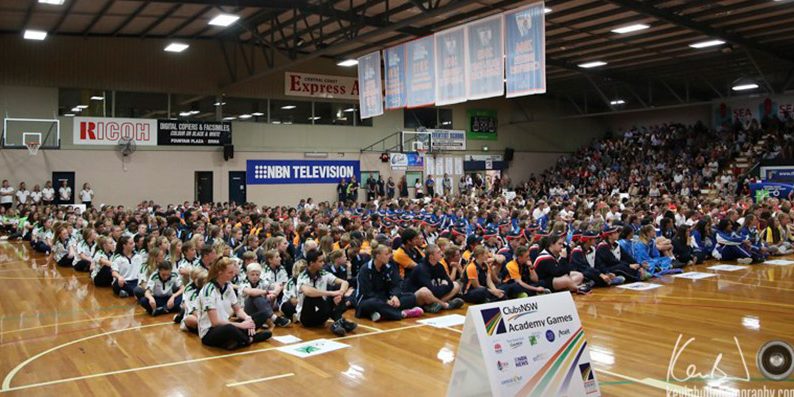 Over the 27-29 April 2018, 800 athletes from Regional Academies across NSW descended on the Hunter Region to participate in the 12th annual Your Local Club Academy Games tournament. In 2018 the Hunter Academy of Sport hosted the Games in various locations across their geographic footprint.

The Games included a vibrant opening ceremony at Broadmeadow Basketball Stadium in Newcastle, where the host Academy’s CEO Brett O’Farrell and RASi Chair Ian Robilliard welcomed all athletes and families to what would be an enjoyable and successful tournament.

Competing Academies included all Regional Academies in addition to invitational teams for netball and hockey.

The Games facilitated meaningful competitions in AFL girls, basketball, golf, hockey, netball, softball, surfing and tennis. The Games are an important part of the program for all sports throughout all Academies. This event allows athletes to action the training and development they have undergone throughout their time in the Academy programs against like-minded athletes with similar skill levels.

For the first time in 2018, parents were offered the opportunity to participate in a parent information session, hosted by the NSW Office of Sport, to receive information on best practice when it comes to offering support to a pre-elite athlete. This was the first of its kind at the Games and was a great tool for all parents of athletes competing over the weekend.