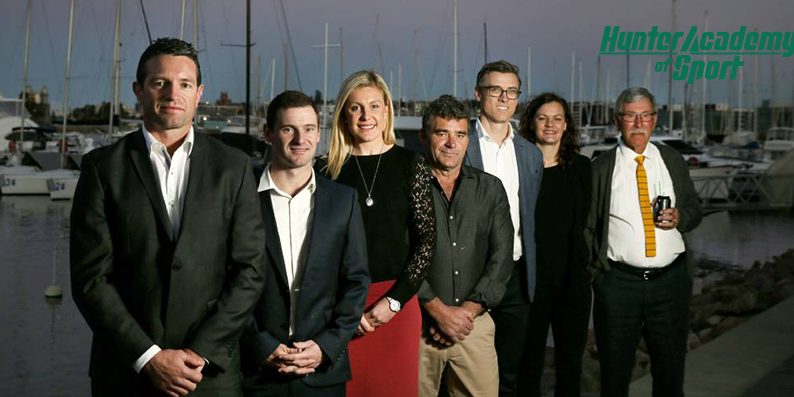 A 1987 bio-mechanic youth research project supported by the NSW Government and the University of Newcastle turned out to be the main catalyst for why the Hunter Academy of Sport began operations one year later.

Since that time, over 20 000 of the regions talented youth have been supported in over 30 different sporting codes.

Today, the Hunter Academy of Sport is part of the Regional Academy of Sport state-wide network, whose main objective is to identify regional talent, educate and develop that talent and to provide opportunities to progress in established pathways.

Vital partnerships with the NSW Office of Sport, Your local club and many State and National Sporting Organisations ensure that the regional Academy system is strong and relevant, while locally these programs provide regional based youth with the support and guidance they need to become better members of their community both now and in the future.

There seemed no better evening then to celebrate this momentous anniversary then on Thursday, August 9th in conjunction with inducting 10 new athletes into the 27th annual Hunter Region Sporting Hall of Fame.

Hosted by the Academy every year, the Hall of Fame is made up of over 300 top athletes who have represented Australia or competed in an international tournament and were born and/or played in the Hunter region at the junior or senior level.

The night also included the induction of four new life members to the Hunter Academy of Sport community. Ross Hayter, Ian Hook, Alan Moyle and Les McCarthy were recognised for their dedication and commitment to the Academy over the past 30 years, an honour that they were extremely pleased to accept.

The Hunter Academy of Sport would not have been able to operate over the past 30 years without the support of our many sponsors and partners including NIB, Office of Sport, Your local club and Greater Bank.