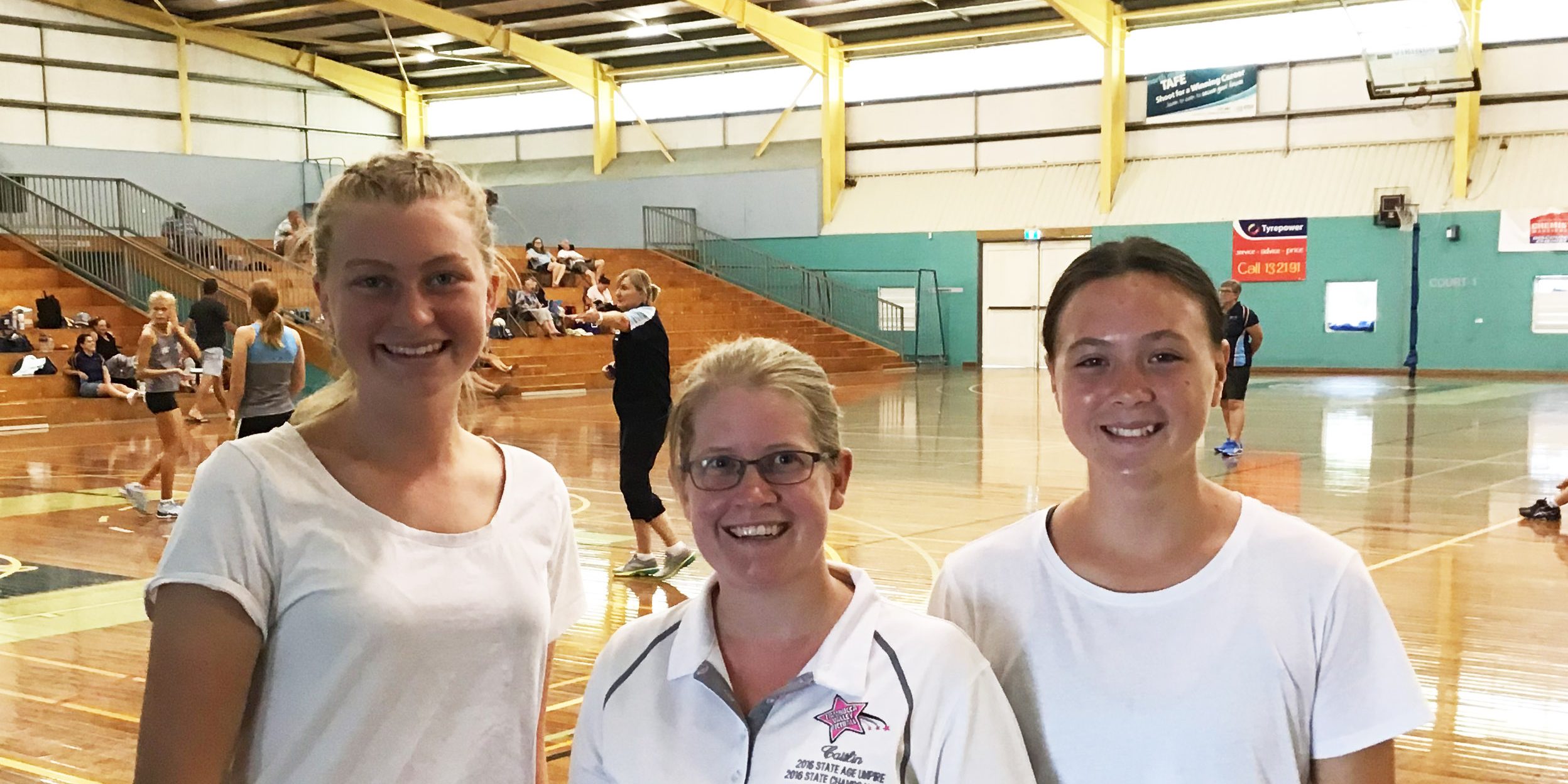 The inaugural program led by Caitlin Holman, of Nambucca Valley Netball Association, and run with the support and endorsement of Netball NSW includes training days, home fitness and strength and conditioning programs, ancillary education modules as part of the Your Local Club NCAS Education Program, and umpiring at the Your Local Club Academy Games 2019 at Maitland and NNSW & Regional Academies of Sport Academy Netball Challenge at Orange.

The Your Local Club Academy Games and Academy Challenge tournaments include umpire mentoring and training sessions run by Netball NSW as well as opportunities to be badged.

“We need to think of umpires as athletes with whistles” said Caitlin Holman when commenting on the holistic program.

“This is a great program for ambitious local umpires that will also help support the whole sport in the North Coast. Madeline and Lillah will be able to bring all they have learned back to their clubs and associations as well as work towards umpiring high level games throughout NSW” said D’Arcy Van den Bossche, NCAS Sport Programs Manager.

“We’re excited to see the girls in action at the Your Local Club Academy Games netball tournament hosted by Hunter Academy of Sport!”