Kayaker Joshua Lee is NCAS Athlete of the Year 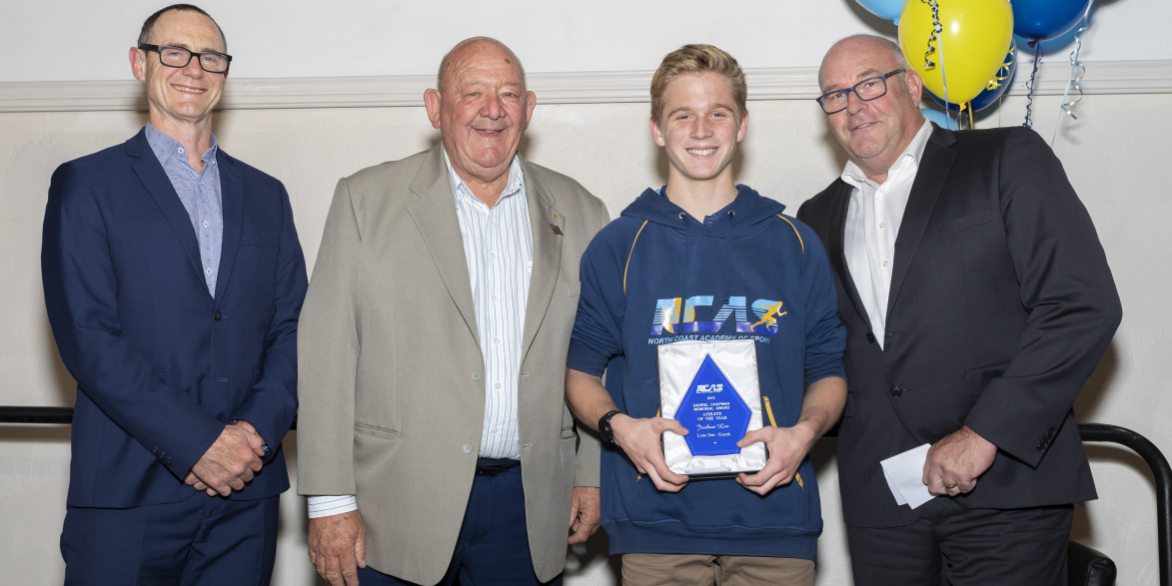 Goonellabah athlete Joshua Lee has taken out the coveted “Darrel Chapman Memorial Athlete of the Year” Award at the North Coast Academy of Sport’s Awards Night at the C.ex Club in Coffs Harbour last weekend.

Lee has had an outstanding year which culminated in the 15 year old being named in the Australian Under 18 White-water Kayaking Team to go to the World Championships in Bosnia next month.

He was chosen from the 220 athletes that have been involved in the programmes NCAS run across 10 sports over the last 12 months.

The annual Athlete of the Year Award is presented in honour of the late Darrel Chapman who is acknowledged as being a driving force behind NCAS’s establishment in 1989. Chapman was also the inaugural head of department of Southern Cross University’s exercise science and sport management program which commenced in 1987.

Executive Director of NCAS, Mr John Kincade, stated that Joshua was an example of the outstanding sporting talent that exists in the region.

“Joshua is an incredible story, he only began paddling two years ago and has already established himself as one of the most promising talents in Australian Canoeing,”

“NCAS has had an outstanding year with athletes excelling at all levels of competition,” Mr Kincade said.

Joshua presentation was made at the Academy Awards which were attended by over 150 guests including athletes, family members, coaches, managers, committee members and sponsors, acknowledged the multitude of efforts achieved by athletes whose programs were completed in 2018-19.

The annual awards also allowed NCAS to recognise and thank the various ClubsNSW members on the North Coast that sponsor its sport programs. These sponsorships, which fall in line with ClubsNSW’ s support for regional community development helps reduce program costs and provide the quality coaching and sports education modules to its athletes.