The Academy Games are Coming to Wagga 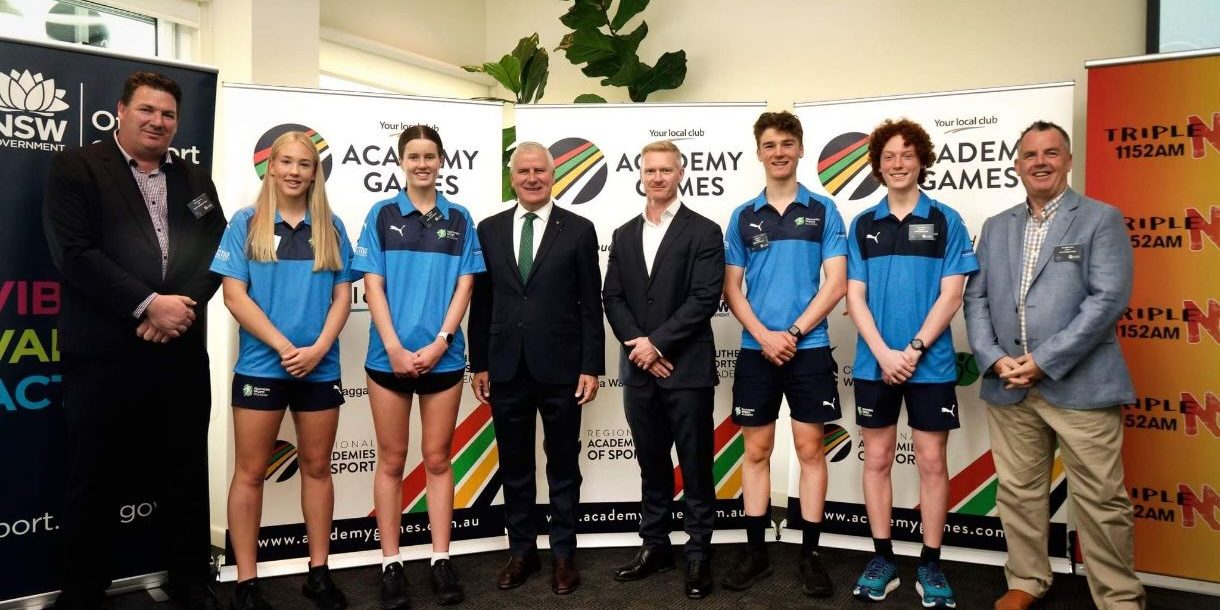 The 2022 Your Local Club Academy Games has officially kick started its campaign with a Media Launch held on Thursday, March 17th  at Wagga Wagga Country Club.

Some of the states finest young athletes will arrive in the Wagga Wagga region in 4 weeks’ time for the 2022 Your Local Club Academy Games. Hosted by the Southern Sports Academy (SSA), the event will be held for first time in our region, across various venues from Friday April 8th to Sunday April 10th, 2022.

The Games features the emerging talent of 1300 athletes across 7 sports including Basketball, Golf, Hockey, Netball, Triathlon, Cycling and Indoor Volleyball.

Chief Executive Officer of the SSA Mark Calverley stated: “We are extremely excited to be given the opportunity to host the Your Local Club Academy Games in the Southern Region.  It is poignant that in our 30th year as an academy we will see the event travel west of the divide for the first time in its 17 year history, and therefore provide an opportunity for our athletes to perform on their home stage.”

“We are fortunate to have taken over the Games from the team at Hunter who did an outstanding job over the past four years despite the interruptions brought on by COVID. Through this success, the 2021 Games generated an estimated 7000 bed stays in the Hunter, with a total economic tourism value of $2.16M.”

The 2022 Your Local Club Academy Games is proudly supported by Your Local Club, the NSW Government, Wagga Wagga City Council, Regional Academies of Sport and the Southern Sports Academy.