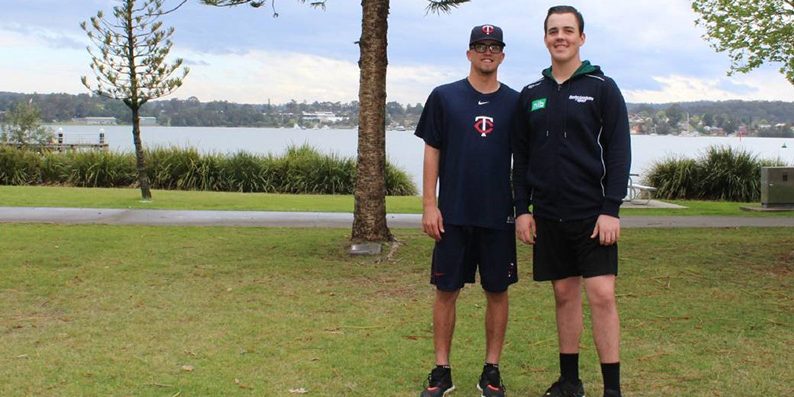 2018 marks the 30th year of operations for the Hunter Academy of Sport and the first half of the year has already boasted many success stories. The most significant includes seventeen year old Rixon Wingrove from Garden Suburbs, signing to Major League Baseball franchise Philadelphia Phillies in April 2018. The Hunter Academy athlete who spent four years with the Academy from 2013-2016 has followed in the footsteps of his fellow teammates Alex and Lachlan Wells who signed for Baltimore Orioles and Minnesota Twins respectively. Rixon’s signing is the start of a new direction for the young batter where he enters an extended spring training program before joining the Phillies minor-league squad at Florida’s rookie-level Gulf Coast League.

Rixon’s signing caps off a great start to 2018 for both current and past Hunter Alumni who have shone in other representative colours. This year has seen alumni bring in three gold & a silver medal from the 2018 Commonwealth Games in the lawn bowls, hockey and athletics disciplines. The Hunter Academy were proud to watch Academy graduate Kilani Crane take on the ice-skating rink at the 2018 Winter Olympics.

Many great success stories have come out of the Hunter in 2018 with athletes moving on to State, National and International representation in AFL, athletics, hockey, netball, cycling, baseball, golf, softball, surfing, tennis and triathlon. What a great start to the Hunter Academy’s 30th year. Definitely a birthday worth celebrating!

The Regional Academy network wishes all these athletes good luck in their sporting pursuits and will be following these budding careers for years to follow.