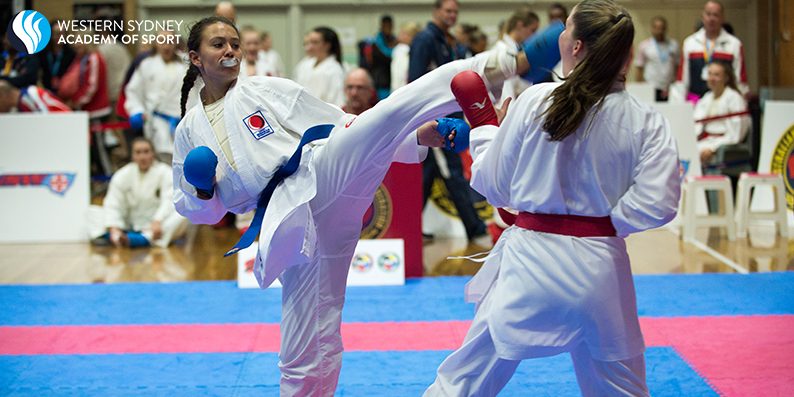 Ashleigh Hill is not your average karate athlete. Currently in her second year with the Western Sydney Academy of Sport’s ‘Heartland Motors Lone Star Program’, Ashleigh is edging her way closer and closer to her dream of competing in the first karate event to ever be held at an Olympic Games.

Ashleigh is a humble athlete from the Hawkesbury region on the outskirts of western Sydney. At fifteen years of age she has had an enormous year travelling around the country and overseas to bring home bronze, silver and gold medals.

Ashleigh was inspired by her dad when she took up karate back in 2006. Karate runs through the family with her dad spending many years competing in the sport and her little brother closely trailing her with his exciting karate achievements.

Ashleigh was recently awarded her 2nd Dan Black Belt and detailed this as “my most memorable sporting moment”. She is working hard to one day be able to call herself the World Karate Champion.

When we asked Ashleigh what the best advice she has received was she said, “winners never quit and quitters never win”. An inspirational quote for all aspiring athletes.