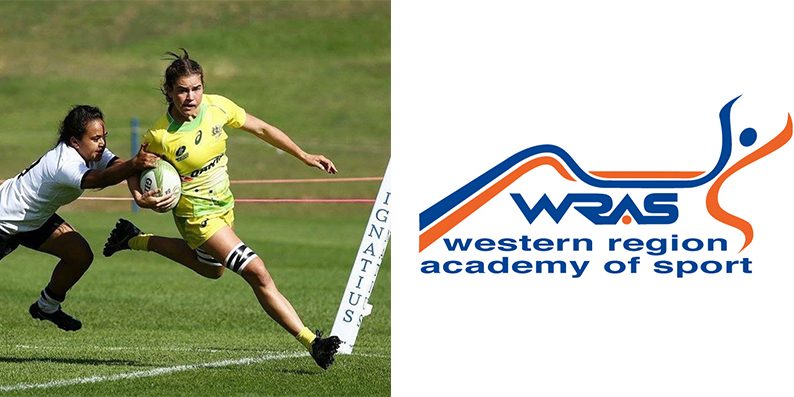 Western Region Academy of Sport (WRAS) athlete Jakiya Whitfeld is making her mark in rugby at just 17 years of age.

In 2018 Jakiya has already represented Australia twice playing in the World Schools Rugby 7s Tournament and the Oceania Rugby 7s Championship. Jakiya has been an athlete with WRAS for the past three years and is currently in the WRAS High Performance Program. As a part of this program Jakiya receives weekly individualised strength training in the gym under the guidance of WRAS Strength and Conditioning intern, Alex Carney. Her commitment in the gym reflects her on field performance, she is a strong athlete with no fear when it comes to competing.

Currently, Jakiya is making the weekly trip to Sydney every Monday night to train with her Sydney University squad members in preparation for her next challenge, the AON University 7s Series which is set to kick off in August. This series will be an important learning experience for Jakiya playing against much older athletes. Sydney and Melbourne University will be new additions to the 2018 series which boasts some of the nation’s best female 7s athletes. The University of Queensland were the inaugural champions of the series in 2017 dominating the competition in all 4 rounds of the series.

Jakiya’s achievements in 2018 will no doubt see her as a contender for a major award at the upcoming WRAS presentation night on Saturday 18 August at Panthers Bathurst.